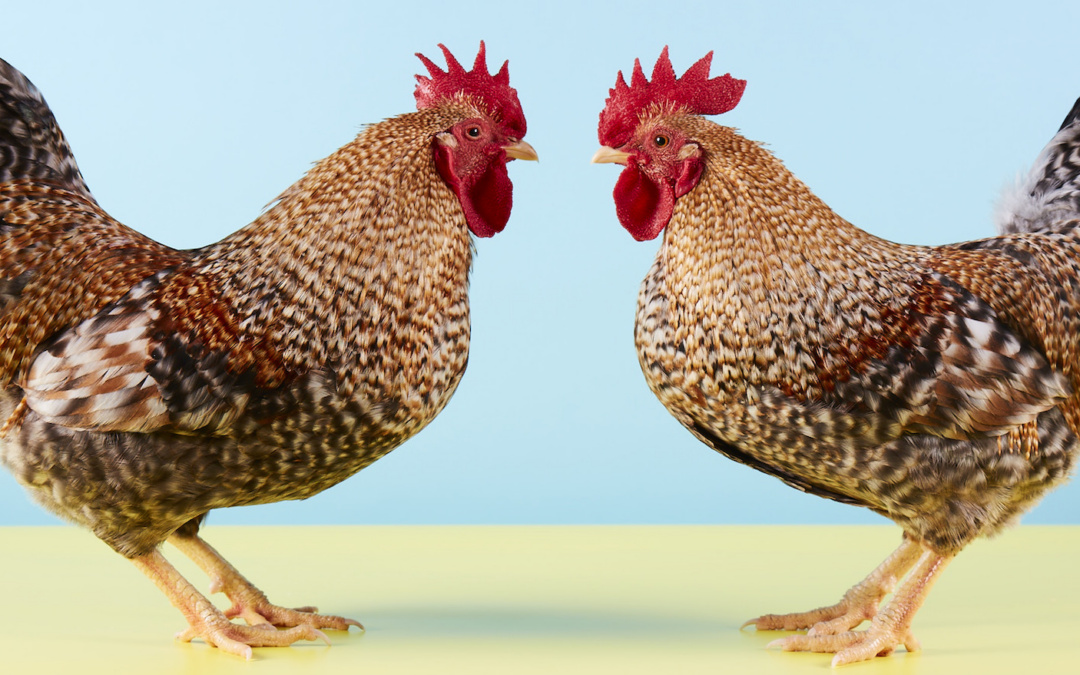 Here at Eggucation we not only LOVE the work we do with our schools hatching programmes. We love the engagement and learning that take place based around the children’s experience of hatching chicks in their classroom. But we also think its vital that the chicks themselves bring another aspect to their education – conservation, nature and an appreciation of farming in Britain as a whole. Here at Eggucation the breeds we place into your incubator are, or have been, some of the rarest native livestock breeds in the UK. The role played by our schools hatching these chicks is more than just an awwww moment. We provide the resources and opportunity for schools to teach children about where their food comes from, and the importance of conserving species closer to home in lots of ways then the typical tiger! So this month’s blog is about one of the groups of birds we LOVE LOVE LOVE here, due to their looks, nature and productivity. And they have won Eggucation lots of trophies in the past few years so you can be sure they are all kept to the best possible standard!

The Autosexing breeds first came into being at the University of Cambridge in the late 1920’s – early 1930’s. Professors Punnet and Pease (who remembers using Punnet squares to work out crosses in biology lessons?!) worked out that the gene for the barring pattern (they used the Barred Rock in these first crosses) could be used to sex chicks by down colour at day old. Males inherit two copies of the barring gene and females only one. This leads to males having a distinct pale head spot and pale colouration, females being of the dark ‘chipmunk’ stripe colouration. 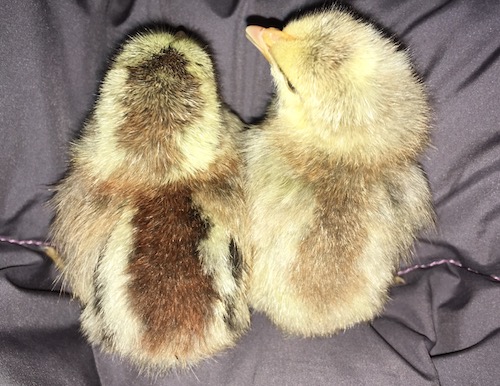 The economic use for this easy and early sexing goes without saying. Farmers being able to make sure food/time/money was used to only rear the potential egg producing females, made sense.

Sadly these breeds never really had the commercial success you would expect from this useful attribute. Mainly due to the fact that the wonders of hybrid vigour were beginning to be evidenced, where two unrelated pure breeds were crossed. We know that the average Heinz 57 mongrel dog will most likely have far less trips to the vet than pure breeds which often have a much smaller gene pool.

Most commercial egg producers then moved to breeding these hybrids, which showed, amongst other features, superior viability and egg production. These new hybrids also managed to incorporate the previous USP of the Autosexing breeds, in a useful sex-linked trait that also enabled them to be sexed at hatching. The interest in the Autosexing breeds then slowed, leading to a lack of the required selection and improvement of the breeds that would have been required to maintain their potential commercial productivity. They then became more of a small producers/hobbyist breed, and some indeed have been lost.

The Autosexing breeds that we have in existence today vary in their rarity. The most commonly seen is the Cream Legbar, with their blue egg meaning that they are of interest to lots of small flock keepers keen to have pretty coloured eggs in their baskets. All of the Autosexing breeds are on the Rare Breed Survival Trust’s watch list, with our breeds being classed as ‘rare’ or ‘very rare’. And Eggucation is working hard to recreate one of the original breeds, the silver welbar bantam. The original breed of Cambar was lost but is being recreated by another dedicated breeder.

The Welbar are based on the Welsummer. We loved the colours and chatty personable natures of the birds when we first got them, and were impressed very early on with the egg size produced by such an easy to keep and cheap to feed bantam. Following on from our first breeding season we entered some birds at the National in 2014 – two welbar pullets and two cockerels. We not only were delighted to get first and second for both of those classes (they only had 3 and 4 birds in respectively), but were blown away to be on the Rare Breed Champions row with Champion Autosexing with Wilf the cockerel. It involved me being actually unable to speak (this never happens) and having to wander off to the loo for a small cry…!). Since then we have had best Welbar at the National Show 2015, 2016 , and again in 2017 our little pullet not only won best Welbar, but won Champion Autosexing. We think we might have got it right with these fabulous little birds!

We now have a ‘work in progress’ flock of Silver Welbar bantams. One of the original auto sexing breeds, and around before the Gold Welbar, these birds were lost in the Uk for many years the project to remake them was started with Teigh O’Neill in Cambridgeshire, from whom we were lucky enough to get a male in 2015. We finally bred some pure Silver Welbar females in 2016, and showed one at the Nationals for first time in the history of the show! These really are stunning little birds…..

Silver Welbar Hen with her chicks

Based on the Rhode Island Red bantam, and being judged to their type, these are another favourite breed here. But very very rare especially in bantam size. Chatty with great laying they are a pleasure to do, and very popular in our classrooms as part of schools hatching packages! Their down colour is not as clear as that of the welbar above, relying on a difference in the shade of the gold in the down to sex the chicks. 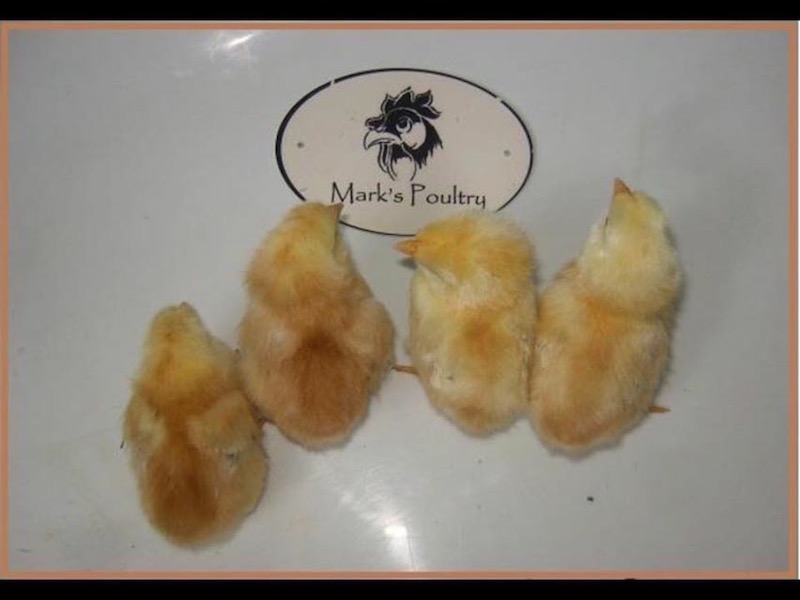 Rhodebar chick down colour, females to left males to right

We have great success showing our Rhodebar too, bringing the trophy for the Best Rhodebar at the National home in 2015, 2016 and 2017! Our fab young cockerel also became reserve Champion Autosexing in 2016. 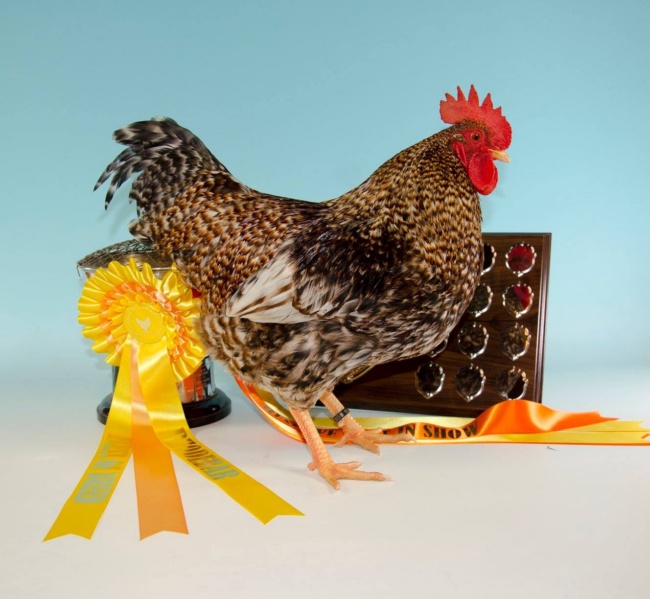 All in all these are fabulous birds, great personalities, producing great eggs and show birds! We are working hard to make sure they become less and less rare. All our schools hatching chicks are helping ensure that the #ConservationInTheClassroom of these breeds has a happy ending……

Conservation In The Classroom Vol 3 – Autosexing Breeds was last modified: January 9th, 2020 by