We hope it’s apparent that the birds behind your schools hatching experience are a real passion for us here at Eggucation. I can see their pens as I type. We have invested heavily in new sheds and runs this year, each breed now having a huge grassed area and shed.

And with the breeds that we have a passion for, we work hard to ensure their survival and genetic stability…but how important is this I hear you ask? So we will use one of the most stunning and I feel exciting breeds we keep as an example.

When I first picked up a copy of the late David Scrivener’s book – Rare Poultry Breeds – I was entranced by the bird I saw pictured on the outside back cover. 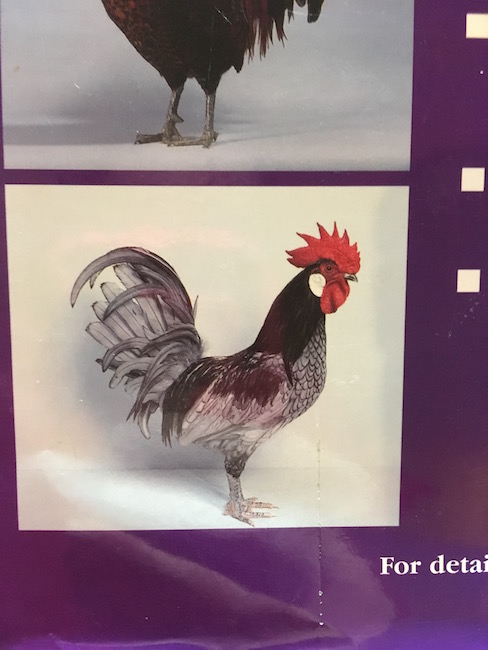 An Andalusian Bantam. One of those ‘Holy Grail’ moments! Stunning. But I couldn’t find any. Google and I tried really really hard but no.

Then on the grapevine I heard about the failure of a project to import Rare Breeds into Australia (they had had no imports for years in fear of disease – a subject of another blog I feel). The parent stock in the UK, were all up for grabs. On the list were Large Fowl (the horse version of the bantam pony) Andalusian, and Black Croad Langshan (and yet another future blog post here too!!)

So a road trip was planned with another fellow enthusiast and I returned home with a trio (one male and two females) of each of these breeds.

I started breeding my beloved Andas – with an injection of some more stock from the Breed Registrar and thoroughly lovely Cannon Andrew Bowden from Gloucestershire. I began to show them with some success – but still wanted the bantam – and I still looked at that picture in my book. 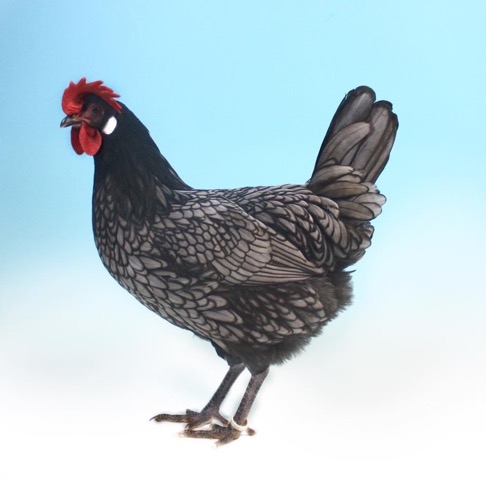 We became more heavily involved with the breed and Rare Breed Survival Trust, and became one of the few members of an RBST sponsored Andalusian Working Group. We carried out a survey of all the contacts we had who had ever had the breed both large and bantam, to establish exactly how many birds there were. (Again the subject of another post – its easy to determine how rare a sheep breed is as every animal has an individual ear tag – hens not so easy and they are not subject to the same restrictions.)

The results of the census were scary – in the whole of the UK there were approx 220 recorded large Fowl females and 20 – yes 20 bantams . Just not enough to maintain genetic diversity. So it was apparent the breed were on the very edge of being lost. About the same time as this Eggucation were gifted two lovely bantam females from Gabz Franklin in Hereford – all very well but no male. Very frustrating. Then in November 2016 the lovely David Gore gifted us his male and two other breeding females – at last we could breed. 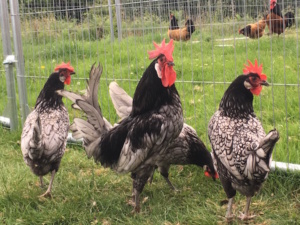 So many of our wonderful schools took part in their #ConservationInTheClassroom projects this spring and hatched some amazing Andalusian Bantam chicks. Staff and students were both enthralled with the idea that they were helping a breed back from the brink of extinction. And already a male and female from this batch have both come second at a big agricultural show. 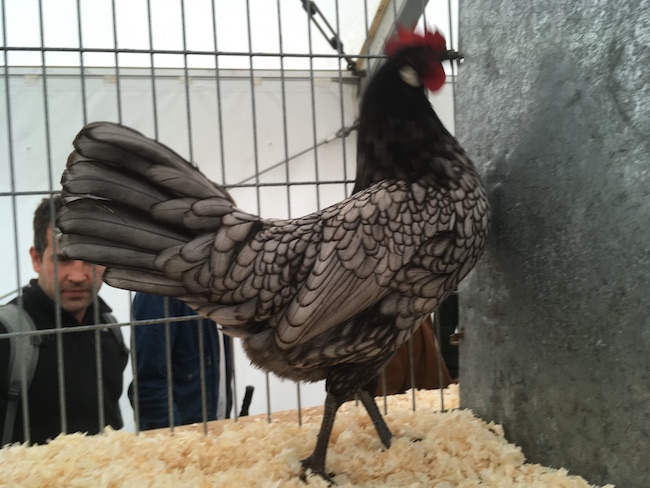 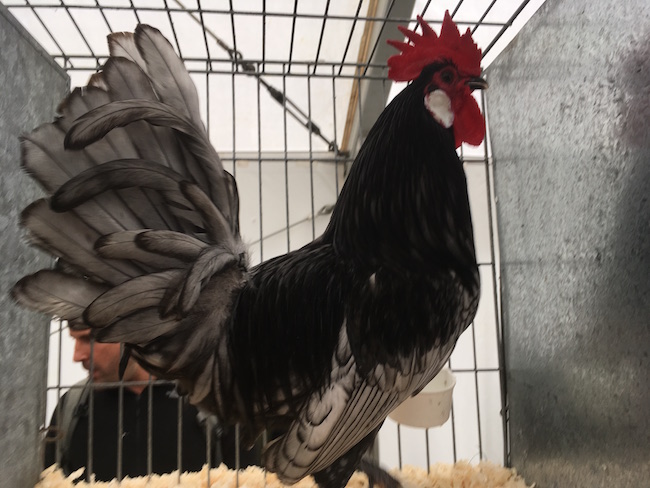 But this week has seen a very exciting development. We have obtained some amazing new birds from the fabulous Robert Locker in the Borders. His stock is the oldest line in the UK as far as we are aware and Robert has been keeping these birds since 1977. He has had an injection of new blood in 2013 which saw the vitality and vigour of his line return.

These birds are the perfect compliment to Eggucation’s birds. In their size and colour. We now have enough to start off three breeding groups here at HQ – all with different genetic patterns, and we are gifting some birds to a local City farm (watch this space) and two other enthusiasts across the UK 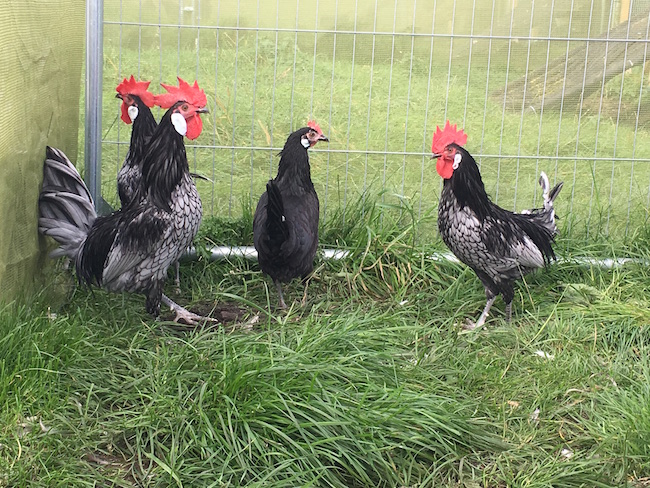 Needless to say I now feel that this stunning and maybe slightly bonkers birds is safe now not only in numbers but in its genetic diversity.

SO yes – when you take your incubator into your school, and hatch out those cute bundles of fluff – aside from the amazing learning experience that will stay with those students for life – you really are taking part in #ConservationInTheClassroom. Well done to all our amazing staff and students.

Conservation In The Classroom Vol:1 Andalusian Bantam was last modified: January 9th, 2020 by